What’s the point of QR Codes?

As I sat pondering Quick Response (QR) codes and their benefits for business from a marketing perspective, I became fairly perplexed.  To me, these two-dimensional codes, which give consumers immediate access to web based information, don’t seem too effective. 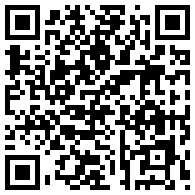 Sean X Cummings conducted an informal nonscientific survey on the streets of San Francisco a few months ago, illustrating that QR code awareness is rather low. In fact, only 11% of respondents could properly identify a QR code when shown one. An additional 29% said that the QR code was “some barcode thingy.”  According to a comScore study, only 14 million mobile users in the U.S., representing 6% of the population of the total mobile audience, scanned a QR code on their mobile device in June, 2011.

Why would one open a separate application on their phone to “scan” a coded picture that takes you to a web browser where you could just simply type the link in your browser in the same amount of time?

Initially QR codes may make your company seem hip and up to date, but I feel companies really need to step back and think of the operational benefit it has to their personal marketing efforts.  If you are selling to a younger and more technologically savvy target group, QR codes may indeed be a benefit for you; but overall, I find them rather pointless in more “mainstream” marketing.

Yes, there have been several companies who have received more web traffic and success from the QR codes such as United Airlines (on digital boarding passes), but  this type of campaign is something that should be carefully planned and executed.

Until the next generation of barcodes is invented with the ability to hold more information (that an Internet connection won’t even be necessary), I find QR codes overrated.

Points Group stands firmly with Ukraine in support of peace. Learn more about how you can help support the people of Ukraine.
+
LET’S GET STARTED
Savvy solutions for digital business
Outperform your competition with a new Healthcare Website.